Why Costa Rica is one of the Favourite Tourist Spots 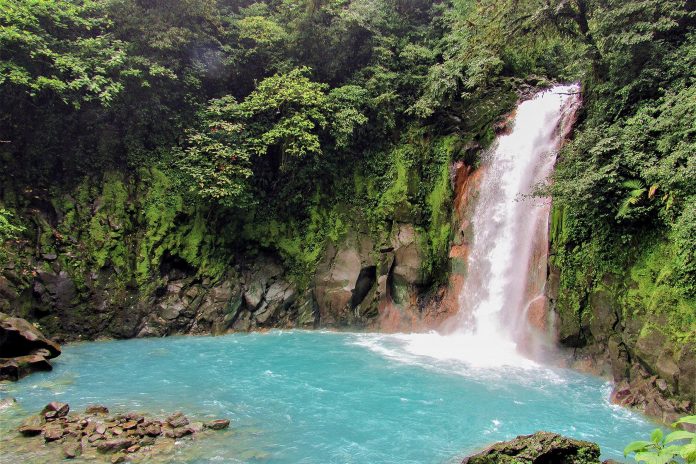 If you are looking for a trip filled with good food, intriguing adventure, some luxurious hotels and family friendly activities then you can plan a trip to Costa Rica. The country is beautifully decorated with beaches, rainforests, river valleys and also a bio-diverse wildlife. The openings here which are growing for the tourists include restaurants, luxury hotels, bars et cetera. In the last few years, Costa Rica has gained a lot of popularity because of the amazing things it offers. The country of Costa Rica also has a very glamorous and hip side. This is the capital of San Jose and has rapidly become the hotspot for the tourists who love to shop and eat. There are also some young chefs here who are opening some new bars and restaurants. The craft brewing industry is also growing in this city. If you are looking to relax then the beaches in Costa Rica is the best place to be at. Some of the top reasons, apart from these, for Costa Rica being a favourite tourist spot, are mentioned below – 1. National Parks   In the country of Costa Rica, there are a total of twenty seven National Parks and it also has a total five per cent of the world’s biodiversity. There are a lot of jungles here which are accompanied by coral reefs, swamps, et cetera. Hiking on the protected lands in Costa Rica is one of the best things that the tourists can experience here. The Tenorio Volcano National Park is one such protected land from where the tourists can also witness the beautiful Rio Celeste Waterfall.    2. Volcanoes   Costa Rica currently has more than sixty dormant and six active volcanoes in Central America. The Arenal Volcano Costa Rica is one of the most popular tourist spots. There are also several spas and resorts here which gives the tourists a lot more advantages.

Costa Rica beaches are the best and shows great amount of concern about the environment and shows a lot of effort to protect the national parks there. The country has dedicated more than 800 miles beautiful and pristine beaches. The country has shorelines on both the Caribbean and Pacific sides.

Costa Rica is one such country which has dedicatedmore than thirty per cent of its land to the wildlife development. Needless to say there are more than five hundred million species of animals here which includes sloths, sea turtles, iguanas, humpback whales, colourful butterflies, howler monkeys, scarlet macaws et cetera.

5. Hummingbird Capital of the World

Costa Rica is also a country which is known as the hummingbird capital of the world. This country is the top preference for the bird watchers from all across the world. If the tourists really put an effort in bird-watching here, they can easily see around 50 different species of hummingbirds here. Some of the birds that can be seen here include violet sabrewing, the magenta throated woodstar and also the coppery-headed emerald.

Costa Rica is also one such place where the tourists can find thrilling and exciting outdoor activities to indulge in. It is one of the preferred travel places in North America for vacations. Various activities are available for all the adventure enthusiasts. There are more than a dozen of tour companies that help the tourists in some fun activities like horseback riding, scuba diving, ATV driving, river rafting, zip lining through the rainforests. Even fishing can be carried out here. There are also several other places here for the tourists to surf, swim and hike. Thus, if you need that extra adrenaline rush, head to Costs Rica.