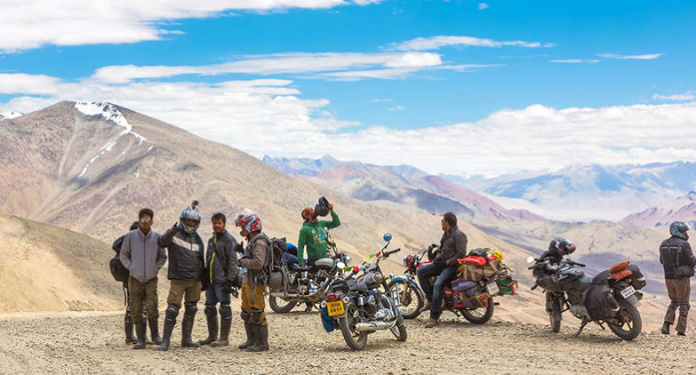 Leh Ladakh is known as the adventure hotspot of the country. There are various adventure activities that can be done in the region of Leh Ladakh. The geographical position of the region of Ladakh makes it one of the preferred destinations for adventure. The rugged landscapes and cold weather makes doing adventure in Ladakh a once in a lifetime experience. One of the favourite adventure activities that happens in Ladakh is trekking. The challenging  trekking trails and with picturesque surroundings makes Ladakh one of the best trekking destinations in the country.

The treks that one can go on when in Ladakh are as follows:

Chadar trek is one of the most challenging and famous treks that happens in the region of Ladakh. One of the unique features of the Chadar trek is that the trail is not on land rather one treks through the frozen Zanskar river during the Chadar trek. The surreal surroundings, the snow capped mountains and the amazing weather makes Chadar one of the most popular treks in the country. As the trek involves walking on sheets of ice, only experienced trekkers can undertake this trek. The duration of the chadar trek is nine days. The best time to do the Chadar trek is in the winter months of January and February. The chadar trek can get uncomfortable at times due to freezing temperatures and icy sheets beneath the feet.

This is all about treks that one can undertake in the region of Ladakh.