HomeHealthCancer: How Cancer Can Change Your Daily Life
Health

Cancer: How Cancer Can Change Your Daily Life 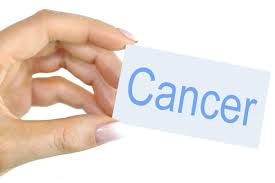 Cancer is a disease that is majorly caused due to an unusual divide of the body cells at an uncontrollable rate. The disease is often considered to be deadly. The unusual growth of cells can take place in any part of the body, and form a cluster of tissue, called a tumor. In women, breast cancer is one of the most common types of cancer, whereas, in men, prostate cancer is the most common type. There are over 200 different types of cancer like Lung cancer, bone cancer, skin cancer, leukaemia, etc., which can affect either men or women, resulting in the failure of the immune system. The symptoms usually depend on the type of cancer, however, the most general and common symptoms found in a cancer patient are weight loss, fatigue, severe cough, unusual bleeding, lumps, etc.

Being diagnosed with cancer leaves a significant impact on a person’s life. Life doesn’t remain the same after the diagnose, as the cancer patient has to face a lot of ups and downs in his life after that. As time passes by, the treatment process becomes more severe and torturous for the patients, which leaves them overwhelmed with fatigue at all times, which eventually leads to negative thoughts about their lives.

The treatment plan for cancer patients has different sets of therapies like chemotherapy, radiation therapy, immunotherapy, etc. Chemotherapy is the most common treatment that cancer patients have to go under. The treatment method may feel torturous, but its prime aim is to kill the unusual cycle of cell division. Besides chemotherapy, the patient is kept under strong medication, to help boost his immunity, so that the patient’s body becomes strong and can fight the cancer cells, this treatment is called Immunotherapy. Radiation therapy is another treatment where cancer cells are killed using high radiation. Generally, surgery plays an important role, where doctors manually remove the lymph nodes or reduce the tissue lumps from the body.

Most people who successfully fought cancer, consider the disease as a life-changing experience. After the treatment results in success, and the patient is set free from the clutches of cancer, there is altogether a different kind of change in the patient’s personality. While it might be difficult for a patient adjusts to the normal life after the treatment, the disease prompts him to view life with an all-new perspective towards life, which motivates him to enjoy life to the fullest by re-adjusting the priorities. A cancer hospital in Delhi has conducted studies on how cancer changes a person. It has been found that 90% of the patients who have been treated from cancer, indulge themselves in the activities that they always wanted to do. Cancer makes them realize the importance of little things in life.

India has the third-highest number of cancer patients. Every year there are more than a million new cancer cases, but not enough hospitals to deal with them. An average cancer hospital in Delhi diagnose thousands of patients every year with cancer. With the advancement in medical science, several cancer specialist hospitals have been set up in India, which have been equipped with technologically advanced equipment to deal with cancer. A good cancer hospital in Delhi not only provides therapies to cure cancer but have also started providing mental therapies to help the patients cope up with the traumatizing cancer treatment procedures.

adminhttps://movietrp.com
Hi, this is Shri Kant, a blogger, an engineer, and an affiliate marketer. I love writing about topics related to WordPress, blogging, marketing, monetization, and so on.
RELATED ARTICLES
Health

ALL YOU NEED TO ABOUT YEAST INFECTION SORES

Glycolic Acid vs Salicylic Acid: Which One Is Right for You?

7 Ways to Manage Your Asthma During Winter